Discussion of a Fire Department in Trapper Creek:

The following is from the discussion throughout the meeting:

Contributions of no more than $50 per member per year are accepted to meet the costs of our operations.

VI.??????? Borough Assembly Report: Tam Boeve, District 7: Gov. Dunleavy?s proposed budget would hit the MSB hard-the Community Assistance Program (CAP)/Revenue Sharing program was cut. Some cost saving measures have been implemented-a hiring freeze, a hold on Capital Projects, etc.? Mayor Halter and Manager Moosey are in Juneau this week meeting with the Governor and our representatives. There is an Assembly Special Session scheduled for 6pm, Tuesday, February 26th to discuss the financial situation.

Mr. Barkley gave his background information and beginnings of the volunteerism culture in the beginning of EMS services in the Borough. Borough is beginning the implementation of PAT/Physical Assessment Test, a national testing requirement. ?Implementation is ongoing throughout the Borough. Borough wants to add more full-time personnel, as current staff is overworked. Borough does not want to eliminate paid on-call personnel. There are currently 4 manned ambulances throughout the Borough at any time-from MP203 South to Sutton & Lake Louise (2 in Wasilla, 1 in Palmer, 1 in Big Lake). Goal is for 6 manned ambulances. Staffing costs $450-$460,000 for a full time paramedic and an EMTII. This does not count the paid on-call staffing of 2 per day.? Current sign up for shift system will not change.? Currently looking to hire 25 more.? March 5 the Assembly will vote on the current legislation: MSB Ordinance 19-021 and 19-026.? Barkley will address the Assembly regarding the on-call system and how it will remain and will look at an addendum for this.

AK State Trooper Lee Phillips: Currently 1 Trooper assigned to come up from Wasilla to cover our area, since the Talkeetna Trooper Station shut down 4 years ago. Alaska currently short approximately 50 troopers. Best deterrent is keeping an eye out for suspicious behavior and reporting it

The Water Point Project is on step 3 of the MSB instructions-the acquisition for land from the Mat-Su Borough.? The site plan is in the platting process, and are awaiting Borough update on acreage and survey

The CAP Project information letter and project proposal forms will be available at the Post Office beginning Saturday, February 23, and can be emailed. Project Proposal Forms are due Thursday, April 18, 2019/TCCC regular April meeting. Project community voting will begin Monday, April 22, through Saturday, May11, 2019 at the Library. A CAP Project Talley Committee will be formed. Funded project list will be read at the Thursday, May 16, 2019 regular TCCC meeting.

Motion: by Morrill.? Proposal made that TCCC make a FY2018 project proposal to hold in reserve $4,000.00 due to the MSB budget cuts of the CAP funds and used for potential future projects voted on by the TCCC community. 2nd by Glenka.? 3 in favor, 1 opposed. Motion carries. 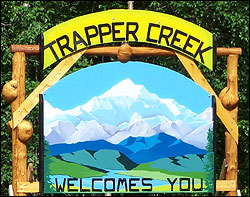 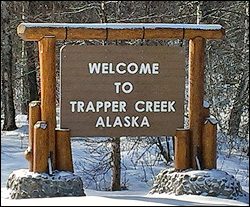